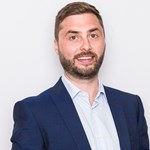 An opportunity to acquire approximately 332.58 acres of land along with some useful agricultural buildings in a tranquil setting with southerly views towards Royal Deeside.

Now requiring a degree of investment following a period of low input management, the land at Craiegnhigh and Tolmauds has plenty of scope for improvement and offers potential purchasers the opportunity to create a new standalone farm/small holding/equine property, but might equally lend itself to small scale rewilding or as a forestry investment.

Available as a whole or in two lots

Craigenhigh and Tolmauds is located between Alford and Torphins in rural Aberdeenshire; approximately 23 miles west of Aberdeen.

The property’s situation, particularly Lot 1, provides fine views to the south over the diverse Aberdeenshire landscape.

The surrounding villages and towns provide essential services with a further and more extensive range available in the City of Aberdeen.

The land at Craigenhigh and Tolmauds extends to approximately 134.59 Hectares (332.58 acres) in total. According to the Macaulay Land Capability for Agriculture Scale, the ploughable land is predominantly classified as grade 4.1 and 4.2 with the hill mostly classified as grade 5.2. Grade 4 land is described as being capable of producing high yields of grass along with some moderate yields of arable crops. Indeed, some of the land within Lot 1 has recently grown potatoes.

The rough margins, coniferous shelter belts and hill ground provide cover for game, while the topography lends itself to walked-up/rough shooting, while there may be potential to produce some high driven birds. Roe deer are also present thus providing a relatively broad range of sporting opportunities.

The property is split into two distinct parcels; Craigenhigh (Lot 1) and Tolmauds (Lot 2).

All of the buildings are situated at Craigenhigh (Lot 1).

Cubicle shed: (approximately 22m x 24m) Steel portal frame construction with concrete floors. There are two cattle pens, each with cubicles, either side of a central feed passage. At the southern end of this shed there is a hard-standing area which can be used for holding livestock.

There are also two ruinous traditional stone buildings within the farmyard.

The buildings are served with mains electricity and a private water supply.

Parcels of land in upland areas often lend themselves to afforestation. The arable land, grass leys and pasture are likely to provide the best planting conditions, although the established shelter belts and native Scots pine distributed on the hill ground, demonstrate that tree crops could be established. It is noted that adjacent to the property there are two commercial forestry blocks (which appear to have similar topographic conditions to Craigenhigh) managed by Forestry and Land Scotland. The adjacent public road, U148M, is an Agreed Route for Timber Haulage in the Timber Transport Forum's Routes Map. 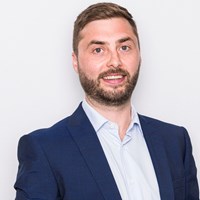