Bidwells’ Warrick Anderson finds both commuters and locals flocking to the East Chesterton riverside for the official start of the summer.

There is a long global history of settlement near rivers.

Powerful empires were built on controlling access to water and transportation routes.

This was once a matter of life and death for entire populations.

In more recent years, city stretches of rivers remain vitally important: the riverside is where the best pubs are found in the summer months.

East Chesterton locals begin flocking to the Green Dragon on Water Street in the early summer to watch the May Bumps, Cambridge’s famous series of rowing races.

With Stourbridge Common over the river the pub is strongly supported by the locals who still consider Chesterton a village.

Ronan said: “You’re not really in Cambridge until you cross the Green Dragon Bridge, they say.”

East Chesterton’s pub history is a proud one.

The Green Dragon is the reportedly the city’s oldest coach house and pub, and has sat in its prime position by the River Cam since 1630.

Knife marks in the wall supposedly made by Oliver Cromwell can still be found on the fireplace lintel and J.R.R Tolken is said to have visited the pub for inspiration when writing Lord of the Rings.

In modern times, the Haymakers on Chesterton High Street became one of the first in the world to accept Bitcoin as payment for a pint.

Quite literally, only in Cambridge.

The history is long but East Chesterton is changing.

The opening of Cambridge North train station in the north of the ward and another planned footbridge across to the Abbey is opening up the area for commuters.

It might further increase the passing trade for the Green Dragon too.

Ronan said: “I’ve noticed things changing in the last ten years but the demographic has really changed in the last five. Very much for the better.”

Repurposed offices beyond Old Chesterton, to the south end of the area near Logan’s Meadow, provide local employment too so East Chesterton is fast becoming a distinctive new place to both work and play, as well as commute to London or the walkable Cambridge Science Park.

Plans to move the nearby waste water treatment works and add thousands of homes and jobs to the area mean this might be the start of a new piece of history for East Chesterton.

Given the local mythology, expect the first pint consumed by an AI robot office worker to be drunk in the Green Dragon.

Search for a home in East Chesterton 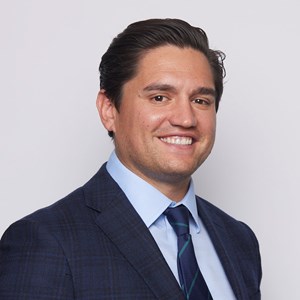