A new regular look at Cambridge’s best kept secrets begins in Newnham as Bidwells’ Andrew Tucker looks at what makes it so special.

We famously love queueing in Great Britain. It’s a highlight of the year in Newnham.

The owner of the local butchers Andrei Bgatov took over Cousins just before Christmas 2013 and was horrified when a long queue for pre-ordered Turkeys ran out of his door and began snaking down Grantchester Street.

"I immediately began thinking of ways to improve efficiency", he said.

“But our much loved butchers, Tony and Colin, who have run Cousins for 20 years, said ‘just watch them, its fine’.

“And they were right, I needn’t have worried. Friends were catching up, gossiping, telling jokes and generally having a good time”

Newnham is that kind of place.

The UK’s 2015 Steak Pie of the Year runner-up knows his food.

He prefers the Red Bull pub on Barton Road for traditional Shepherd’s Pie and its legendary Monday night Pizza (the Granta is better located by the river but awash with tourists, he says).

“It’s so good that I know Japanese people here who use the salmon and tuna to make sushi."

The community-minded local Co-Op on Newnham Croft Street opens till 10.30pm, which is handy.

“It’s like a village but we’re in town", says Jo Turner, who works in Newnham and often goes running along the river after school.

And that’s what people who move in love too: it’s convenience. Newnham is just 15 minutes’ walk to the city centre but on top of the picture postcard Grantchester Meadows and its delightful riverside.

Williams is a member of the Newnham Riverbank Club which offers access to the only wooden steps down into the water in the area. “It stops you slipping and sliding as you get in, she says. Sounds idyllic doesn’t it? And it is.

Families flock there for the great primary school and easy access to Lammas Land, in Newnham Road, a beautiful green space with outdoor pool and expansive playground.

Dani Redhead takes her two children to the nearby Sheep’s Green Learner Pool - the only outdoor pool suitable for children learning to swim in Cambridge.

Russian Bgatov thought he would never move from his Richmond home in London but when he pitched up one summer day in 2003, and got lost. He stopped on Millington Road (the most desirable in Newnham) to ask directions.

“I was talking for more than 20 minutes,” he said. “I thought, ‘my god, I’m in Cambridge but in some other quiet place.” He’s never looked back".

The city has changed a lot but Newnham hasn’t really. I’m biased but it really is very friendly. You can’t go out without saying hello to someone and there is so much to do locally.

Search for a home in Newnham 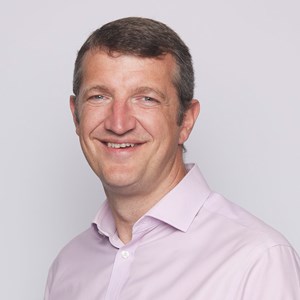