Rental values have increased by approximately 3% in the last 12 months with an average rent of just over £1250pcm in Cambridge, with Bidwells averaging over £1500pcm.

The Cambridgeshire residential market consistently performs well, impacted by the ‘global brand’ of Cambridge and the diversity of its market trends. This has risen 3 times quicker than the UK national average. We have summarised our research of the local market using key data, together with comprehensive market research.

The strength of migration into Cambridge provides one of the key drivers of the residential lettings market. One of the main reasons of this influx is due to the expansion of the Biomedical Campus where the total jobs on site at present are circa 12,300 with 7,500 to be created for the coming year, providing a total of 19,800 employees eventually on site.

It is not only the current influx of AstraZeneca employees that is significant but also the other large companies and institutions such as Cambridge University, ARM and Addenbrookes Hospital, that have under pinned the lettings market for many years now and will continue to do so in future.

More recently companies such as Amazon, Microsoft Research and Apple to name a few, have joined the expanding technological highway of silicone fen.

This has created an extremely transient market place, placing emphasis on the need for short term accommodation, averaging approximately 18 months. We have found that 1 and 2 bedroom flats are most popular amongst our tenant demographic.

At Bidwells we see a direct correlation between the areas in which the local population works and our client base. Below is a breakdown of our current letting base:

In the next 20 years, population growth is expected to be 24.5%, placing pressures on demand in all parts of the city. Additional factors contributing to the success of the rental market are Brexit, high performing schools, improved transport links and the significant increase in housing throughout Cambridgeshire.

Brexit, and the general uncertainty towards house values and what further impact this may have on employment. As a result, many of our tenants have opted to rent. Secondly, the number of high performing schools and colleges with a world leading university continues to attract many people wishing to live and work in Cambridge.

Additionally, Cambridge is home to many improved transport links, including the guided bus. The guided bus was introduced for access to and from fringe locations and Cambridge North Train Station which has provided much better options for those wishing to commute. The confirmation of a Cambridge South Train Station highlights that Cambridge is an ideal location for London commuters too.

Cambridge has seen a significant increase in housing and improved housing standards throughout Cambridgeshire, providing a further incentive to relocate and rent within Cambridgeshire. 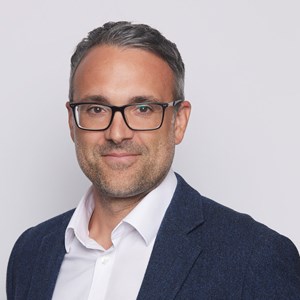