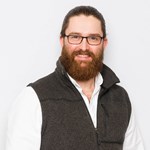 The land extends to approximately 288.47 Acres (116.74 Ha) and is split between 20 enclosures as depicted on the sale plan and shaded purple. Roughly 115.35 Acres (46.68 Ha) of which (everything west of the main field drain running the length of the farm) is considered to be permanent pasture with the remaining 168.61 Acres (68.23 Ha) to the east rougher grazings.

The land is designated by the land classification for agriculture scale (LCA) as a mixture of grade 3.2 and grade 6.3, split along similar lines as mentioned above.

Grade 3.2 land is generally regarded as capable of average production though high yields of barley, oats and grass, while grass leys are common. Grade 6.3 is capable of use as rough grazings.

The land has been utilised exclusively for grazing most recently as part of a low input management system employed by the former agricultural tenant.

The farm may have some natural capital potential that could contribute to a purchaser’s own corporate social responsibility strategies or indeed be leveraged to offset a third parties. There is also potential for woodland creation and carbon offsetting subject to securing the requisite planning permission.

Equally, with the current pivot towards agritourism, safeguarding and enhancing biodiversity combined with likely “green” incentives emerging as part of evolving farm subsidy regimes and stated government policy objectives, subject to securing the requisite planning permission there may scope to erect a series of holiday lodges, yurts or glamping pods to establish a further diversified income from the farm.

While potential purchasers will need to take their own professional advice, it is felt that there may also be scope for some renewable power generation, again subject to obtaining the requisite planning permission, completing the obligatory surveys and securing grid connection.

Strictly by appointment with the selling agent. Given the potential hazards of a working farm, we request you take care when viewing the property, especially around the farm buildings 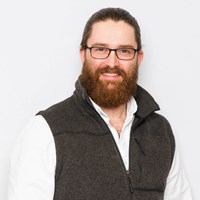